This pair of bracelets are from between the 11th to 13th century. They have a diametre of 6.8cm and are made from braided gold wire with a centralised pin with niello arabesque vines. They were sold by Christies for $15,920 (£10,000). 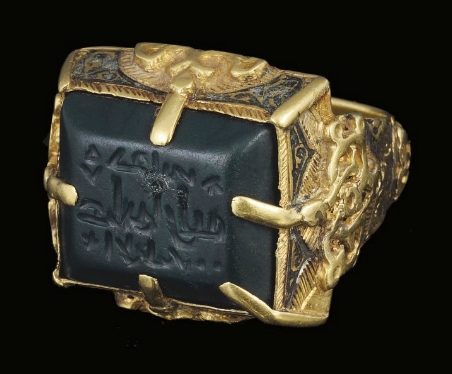 This ring was thought to have been made between the 12th to 13th century. It is gold decorated with palmettes inlaid with niello, with five claws. The inscription on the seal is “Paying heed to eternity is sufficient to gain everlasting life” and has a height of 2.5 cm. It was sold by Christies for $2,932 (£2,000).

This 11th century gold roundel is made of filigree with granulation. It has a diametre of 7.1 cm and was thought to have been either clothing or head gear adornment. It would have also been inset with stones. It is currently in the Metropolitan Museum of Art.

This 12th to 13th century hair ornament was made from gold sheet engraved and decorated with gold wire and granulation over a copper inner sleeve. It is 7 cm long and 2.1 cm wide. It is currently in the Metropolitan Museum of Art. 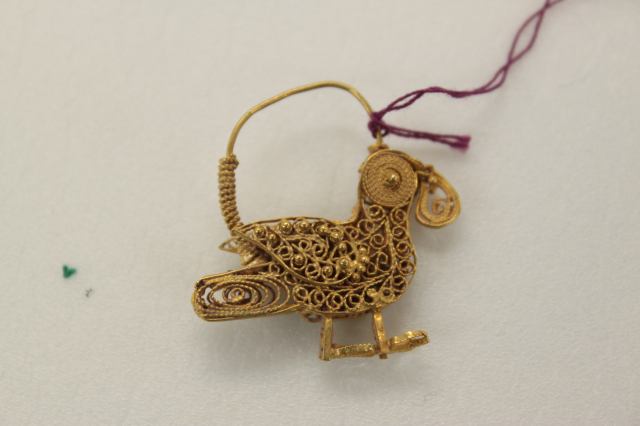 This gold earring was thought to have been made between the 12th and 13th century. It is gold filigree with granulation. It is in the Metropolitan Museum of Art.

Recommended reading
Gifts and Gift Exchange as Aspects of the Byzantine, Arab, and Related Economies by Anthony Cutler. JStor article.